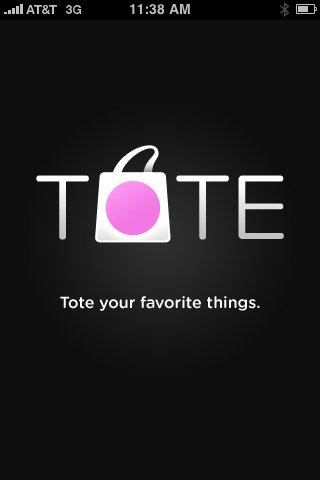 HelloTote was an iPhone app by Cold Brew Labs, the parent company of Pinterest.com.

I’m surprised that articles on Pinterest in Fortune and Business Week start the story with the launch of the Pinterest.com beta launch in early 2010.  The story really starts in 2009 with a mobile app and seed funding.

The holding company for Pinterest.com, Cold Brew Labs, was incorporated in 2008. One of the company’s first plans was to launch a mobile shopping app called HelloTote.  According to the SEC, Cold Brew Labs raised over $500,000 in July 2009 from investors.  I know this round included included the venture capital firm Firstmark. 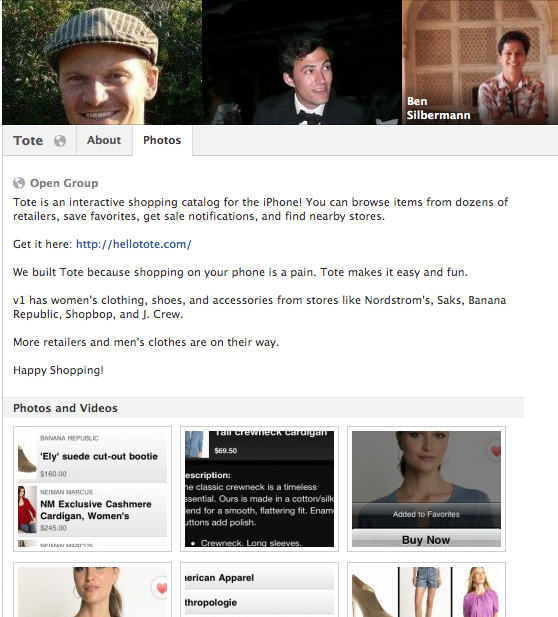 HelloTote's Facebook group page, which has pictures of Pinterest.com founders Paul Sciarra and Ben Silbermann, mentions using the app to save favorites.

According to its Facebook page, HelloTote was intended to be a “shopping catalog for the iPhone” where “you can browse items from dozens of retailers, save favorites, get sale notifications, and find nearby stores.”  The first version “…has women’s clothing, shoes, and accessories from stores like Nordstrom’s, Saks, Banana Republic, Shopbop, and J. Crew.”